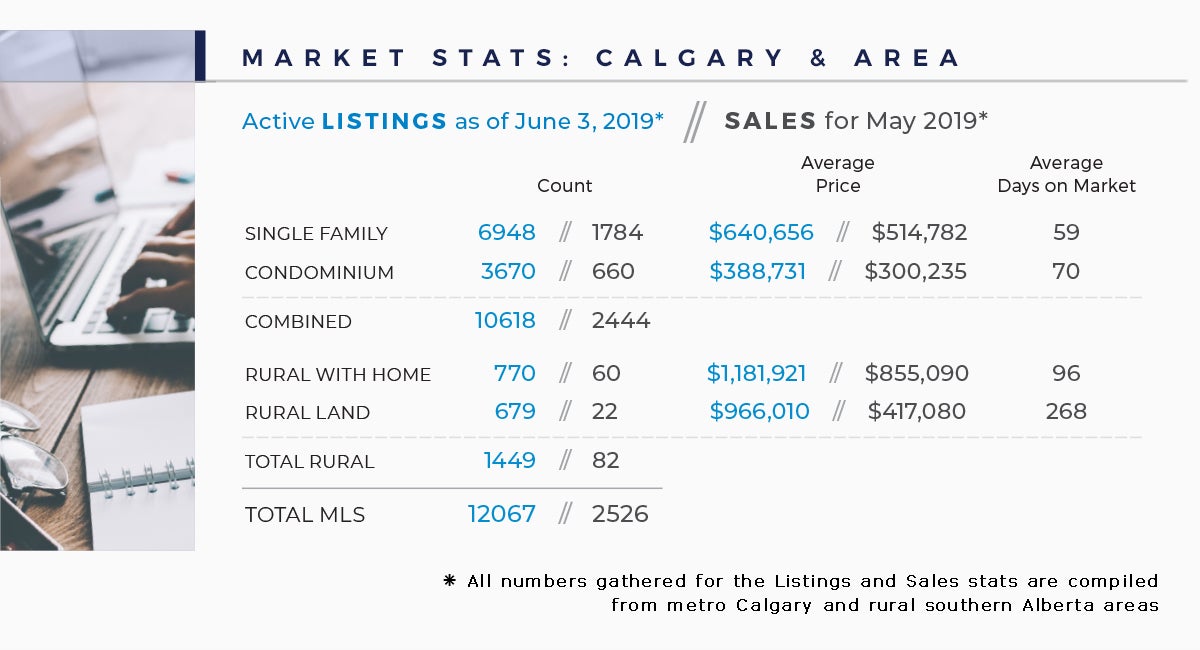 Sales growth in May was met with a decline in new listings. This combination eased the pressure on inventory levels, which finished the month at 7,467 units, a decline of 12 per cent compared to last year.
Improving sales relative to inventory levels caused the months of supply to ease to just under four months. While still oversupplied, this is an improvement from the five months of supply recorded last May.
Citywide sales in May totalled 1,921 units, 11 per cent higher than last year’s levels. However, sales remain 10 per cent below longer-term trends. This sales growth was primarily driven by homes priced under $500,000.
“While sales activity remains low based on historical activity for May, the easing prices have brought some people back to market, while also preventing some others from listing their homes,” said CREB® chief economist Ann-Marie Lurie.
“This has started to push the market towards more balanced conditions. If this trend continues, it could limit some of the downward pressure on prices.”
Citywide benchmark prices totalled $423,100 in May. Prices have shown some signs of improvement month-over-month but remain four per cent lower than 2018 levels.
HOUSING MARKET FACTS
Detached
Detached sales in May totalled 1,182 units. This is a 12 per cent increase over last year, but still 13 per cent below long-term averages. The improvement in sales was driven primarily by gains in homes priced under $500,000.
Sales activity increased across most districts in May. However, year-to-dates sales have only increased in the East, South and North East districts of the city. Citywide sales remain one per cent lower than last year’s levels.
New listings in May pulled back significantly from previous year’s levels. Combined with an improvement in sales, this resulted in inventories declining from 4,504 units last May to 3,921 units this month. This is the first time since May 2017 that year-over-year inventories declined.
Easing inventory and improving sales caused months of supply to ease to 3.3 months. This is still elevated compared to historical levels, but represents an improvement compared to levels from the past year.
Prices have remained relatively stable over the past few months, with some modest monthly improvements. However, the oversupply scenario has left prices four per cent lower than last year and seven per cent lower than 2014 highs.
Apartment
The improvement in monthly sales was not enough to offset previous declines. Year-to-date apartment sales sit at 1,030 units. This is seven per cent lower than last year and 28 per cent lower than longer-term averages. Easing sales were met with fewer new listings, reducing the market inventory. This pushed months of supply to just over five months.
If the reduction in oversupply continues, it will eventually help limit price declines. However, this market remains oversupplied and prices continue to edge down.
May benchmark prices totalled $246,900, 0.6 per cent lower than last month and nearly three per cent lower than last year’s levels. This is resulting in a total price adjustment of over 17 per cent since 2014.
Attached
Attached sales activity continue to improve in May. Year-to-date sales improved by two per cent, making this the only sector to record a year-to-date improvement. Improvements occurred throughout most districts of the city, apart from the City Centre, North West and West districts.
New listings have also pulled back relative to sales. This is causing inventories to ease compared to last year and months of supply to trend down.
Benchmark prices remain five per cent lower than last year’s levels but have seen some modest gains on a month-to-month basis. Despite some signs of improvement, prices remain 10 per cent lower than 2014 highs.
REGIONAL MARKET FACTS
Airdrie
May sales activity remained similar to last year, pushing year-to-date sales to 514 units. This is slightly higher than last year’s levels. At the same time, there has been a sharp pullback in new listings coming onto the market. This is causing inventories to decline and the market to move towards more balanced conditions.
Despite some oversupply reduction, prices struggled to improve following declines last year. The May benchmark price in Airdrie was $331,900, similar to last month, but nearly four per cent below last year’s levels.
Cochrane
Year-to-date sales in the area remain slightly slower than last year, but higher than activity recorded throughout the recession. The number of new listings is continuing to ease, which is starting to reduce inventories from the highs recorded last year.
Supply is starting to adjust in this market, but conditions continue to favour the buyer, which is weighing on prices. May benchmark prices totalled $404,700, just below last month and over four per cent less than last year’s levels.
Okotoks
Year-to-date sales of 208 units are similar to last year’s levels, but lower than long-term averages for the area. Like many other areas, new listings continue to ease, enough to chip away at inventory levels. This has caused months of supply to fall below four months.
The reduction in the amount of supply compared to sales is helping limit any further downward pressure on prices. Overall benchmark prices of $408,200 remain five per cent lower than levels recorded last year.
Source CREB