Sales improving and inventory declines for fourth month in a row 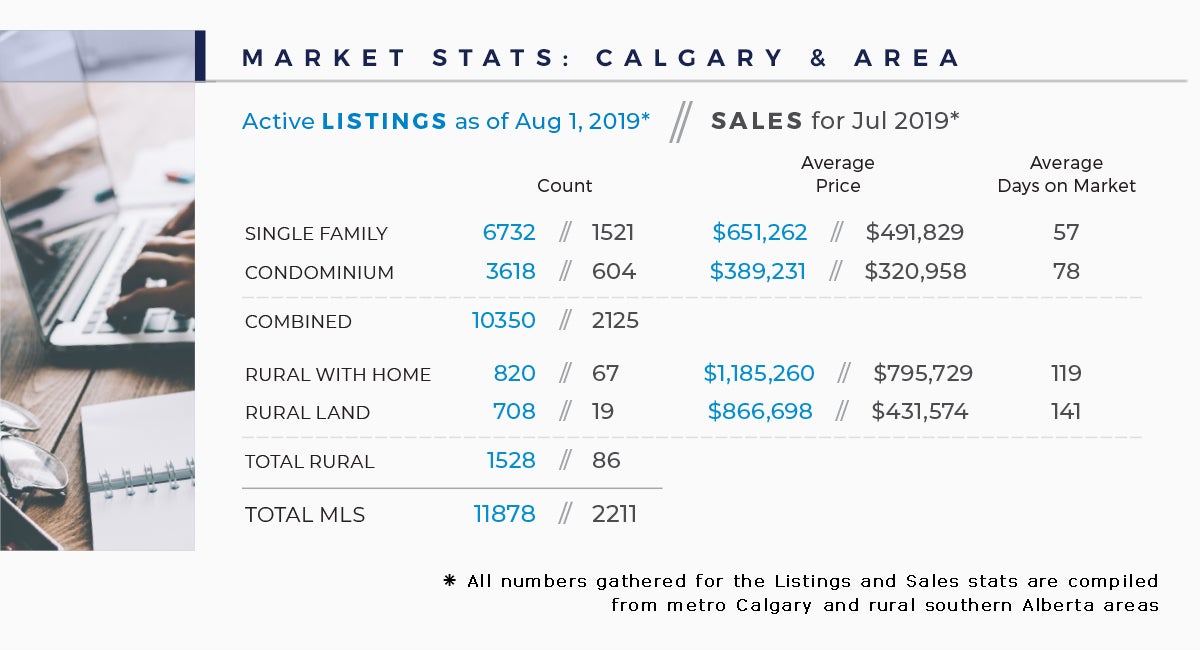 City of Calgary, August 1, 2019 – For the fourth consecutive month, inventories in the market declined compared to last year. This is due to the combination of improving sales and a decline in new listings.
The market continues to favour the buyer, but a continuation in supply reduction compared to sales is needed to support more balanced conditions.“We are starting to see reductions in supply across the resale, rental and new-home markets,” said CREB® chief economist Ann-Marie Lurie.“This adjustment in supply to the lower levels of demand will support more balanced conditions. It is starting to support more stability in prices. If this continues, the housing market should be better positioned for recovery as we move into 2020.”
Year-to-date sales activity remains just below last year’s levels and well below longer-term averages. However, the reduction in inventory has caused the months of supply in July to ease to 4.5 months, a significant improvement from the 5.5 months recorded last year.
With less oversupply in the market, prices are showing some signs of stability on a monthly basis. This is causing the rate of price decline to ease on a year-over-year basis. Overall, year-to-date benchmark prices remain over four per cent below last year’s levels.HOUSING MARKET FACTSDetachedApartmentAttachedREGIONAL MARKET FACTSAirdrieCochraneOkotoks